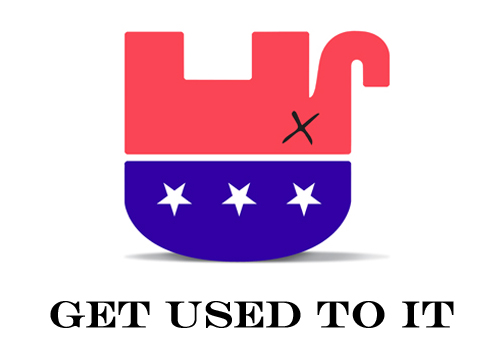 The bad news:  Yesterday, 75 GOP House Representatives voted with House Speaker Boehner and Obama, enough to usher in amnesty for illegals.  (See the list of 75 at end of this post.)

Ultimately, Boehner led the charge against the majority of Republicans and handed Obama a huge victory against Americans, warranting accolades from leftists such as this one spoken by Senator Harry Reid (D-NV):

I would hope that they’ve [the House GOP] learned a lesson … They have a small vocal, right-wing, somewhat strange minority over there that shouldn’t be running the House of Representatives.

Like every good leftist, Reid is a liar and an opportunist.  The GOP voting numbers break down with 30% of the House GOP who voted for amnesty, while the majority of 70% (Reid’s “strange minority”) voted against it.  Unfortunately for America, the real majority wasn’t enough.  Point being, this is the sort of ridicule that freely flows when there’s a turncoat like Boehner at the helm.

But it didn’t have to happen.

Go back a few weeks and see how the House GOP got themselves into this mess.  On the first day of session January 6, 2015, they had a wide-open opportunity to oust and replace Boehner as Speaker, but they cowered and blew it.  Only 25 GOP House members voted against Boehner, while the remaining 216 unbelievably voted to keep him in place as boss.

Of the GOP, that’s a mere 10% against and a whopping 90% solidifying a proven leftist as boss of the House and as second in line of succession for President.  It should be no surprise then, that even a majority of 176 GOP who voted against amnesty yesterday got defeated.

And did you notice how Boehner out-flanked us with Netanyahu’s speech?

Boehner brought Netanyahu here to speak yesterday, knowing his speech would be historical and rousing, and that it would inspire the conservative base – which it did.  Was it not the perfect distraction from the same-day vote?

Boehner is an imposter, and the GOP members who voted to retain him as Speaker are chumps.  As can be seen by yesterday’s vote for amnesty, many of those same chumps willfully rolled out the red carpet for Obama’s fundamental transformation of our nation and our lives.  They guaranteed these types of outcomes with their first vote back in January, and they’ve guaranteed more of the same for the next 2 years.

Get used to it and hang on for the rough ride ahead.

Here’s the list of House GOP who voted not to block Obama’s amnesty order: